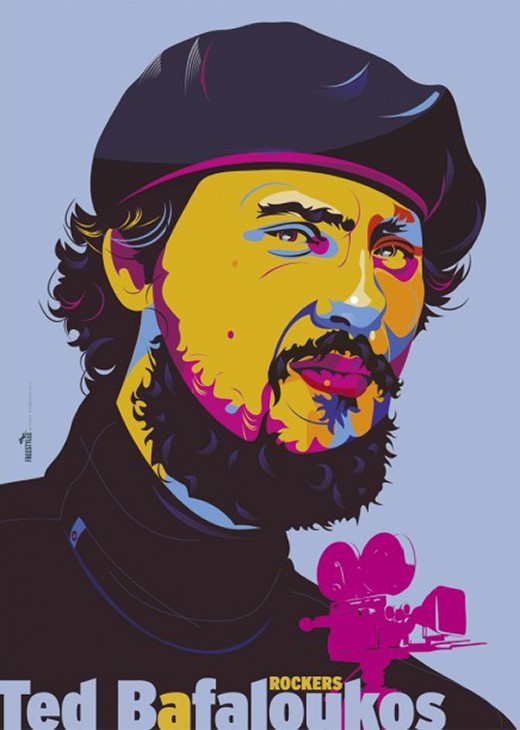 The first work by Michael Thompson I ever layed eyes on was my face on a poster, the way I looked when I was half the age I am now.
As it turned out, I got to meet the artist himself a few weeks later. He came to see me, bearing gifts; two splendid prints, one of my portrait and the other, a poster for the Alpha School in Kingston, about which I’d heard much from Horsemouth, another illustrious alumnus of that miraculous institution.
It is a simple composition, in black, silhouetted against a crimson background. A young boy, his trombone raised, pointing almost straight up, his head all the way back, is about to blow the first note. But what reveals Michael Thompson’s keen artistic insight is the empty chair behind the boy. The lot of the student, to sit in that chair and learn. The chair now left behind. The boy might not have wings, but he is about to fly, his trombone pulling him up into the heavens.

It is like that with all of Michael Thompson’s work. An emotional reward awaits you every time you look at one of them. The incomparable portraits of national heroes and reggae’s great legends, not only the stars but the foundation builders; The Great Sebastian, Prince Buster, Sir Coxsone, King Tubby with his crown… you are not looking at a skillful adaptation of a photographic image, you are looking at the face of a life.

Or a scrawny kid dallying on his bike, dreadlocks inside his bulky tam, living from moment to moment like a leaf in the wind.