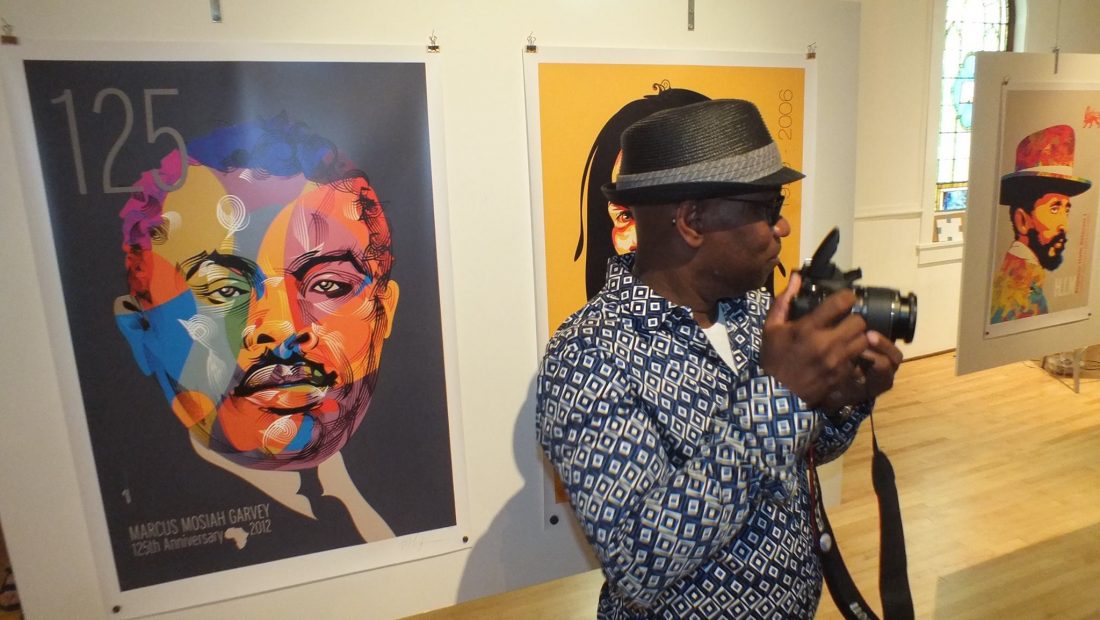 I first met Michael Thompson about 4 years ago during the launch of Big Magazine’s Jamaica issue which I was the Editorial Director for.  His passion for promoting, uplifting, and sharing the undeniable depth and unrivaled beauty of Jamaica and its culture was something we both had very much in common.  As our talks continued, we touched on everything from the shifting tides of reggae and dancehall, to the rebuilding of Tivoli Gardens, to the simmer and stride of Kingston that we both agreed is a gold mine of music and culture and the jewel in Jamaica’s crown.  Michael’s recent and very unexpected passing has left us with a hole in our lives but it has also left us with even more determination and dedication to pursue and realize his extraordinary vision.

Michael, a.k.a. Freestylee, was an undisputedly gifted artist, and as you got to know him, you began to realize that he was committed to a higher cause, namely to turning his home city of Kingston into a global cultural beacon.  The catalyst and centerpiece of this movement was reggae.  And the manifestation of his calling was a Reggae Hall of Fame Museum.

Michael co-founded the International Reggae Poster competition in 2012, with partner Maria Papaefstathiou, Freestylee’s Art representative, who is an acclaimed graphic designer in her own right and a native of Athens, Greece.  They began it as a platform to raise awareness and momentum around the Museum initiative, and during that inaugural year, Michael and Maria received 1,142 poster entries from 80 countries around the world.

As Maria described, “”Michael’s sudden departure from life is an unfortunate loss not only for his friends and family but for the whole art community and the wider society. Michael taught us to give with our hearts and we would see trees blossoming.  He taught us to care for each other and look beyond our neighborhood. To love without borders. His actions and artworks are a testimony of his words. Let’s try to continue what he started and pass this legacy to the next generation.  Michael was a wonderful friend and the best business partner I could ever ask for. He taught me many things, but mostly he taught me LIFE. We spent countless hours speaking of reggae, Jamaica, Greece, Mexico, different civilizations, truths and lies of world history and the need to create a world without borders and discrimination. We e-met in late 2011 and our friendship stood strong until the last day. I miss you already Michael and  I will never forget you. ” 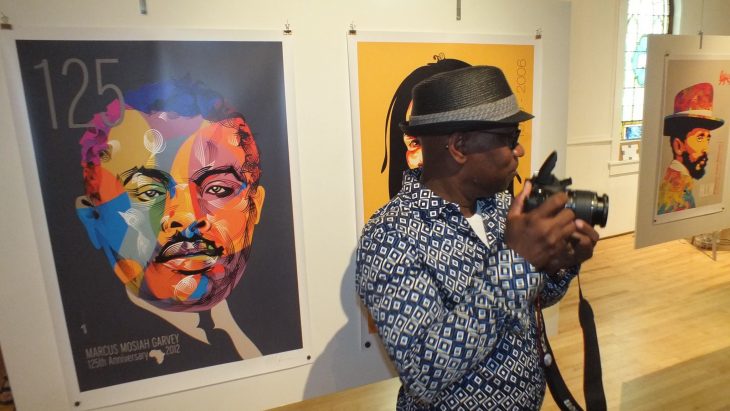 What you need to understand about Michael’s mission is that there were deep layers behind it. It was a vision that involved the originators and the instigators, the heavyweights and the future pioneers.  His crew of bonafides such as Patricia Chin, the reigning Queen of VP Records, and the eminent “Rockers” cameraman and director Ted Bafaloukos, have been on the frontlines of reggae since the ’60s and ’70s, while Michael has been creating his poster designs for over 4 decades.  As well, Michael had a longstanding friendship with Professor Carolyn Cooper, accomplished author, columnist, and academian.  Professor Copper said, “What a thing, eeh!  Mi heart heavy.  I’m trying to write my column this week in tribute to Michael.  I just keep seeing his face.  I  can’t believe he’s gone.  We know death is our fate.  But when it comes like this without warning, it really hurts.  We just have to live each day to the best of our ability.”  When you link that level of distinction and legacy with the Alpha Boys School, an institution founded as early as 1880 that has produced some of the most notable legends in the history of reggae, and that Michael designed the logo for and worked closely with, that is in many ways a true cradle of reggae, you begin to understand the power of Michael’s vision.

And so if we look from the cradle to the cameraman to the unparalleled legacy and living history of Miss Pat and VP Records, the completion of this trinity is Michael and his work, the call to arms.  As Miss Pat said, “”Michael touched so many lives, including my own, through his wonderful personality and beautiful art.  He inspired me to see my purpose more clearly motivated me in so many ways.  He was such an extraordinary talent, humble, kind and always giving more and more. His spirit will live on through his work, and his love of and contribution to Jamaican culture leaves a lasting impression.”

Michael was a self-described graphic designer and creative activist who attended the School of Jamaican Art, now called the Edna Manley College of the Visual and Performing Arts.  He worked his way through the ranks as a designer before landing a job at Jamaica’s Daily News. Michael began creating posters in the late ’70s and has since developed a visual language that goes beyond graphic design, that transcends and transforms popular culture to elicit a broader commentary on the universal human condition. Michael’s activist posters for the Arab Spring, Haiti Relief, Tivoli Insurgence, and Clean Water Crisis in Africa are a clear call to mobilization.  When he describes himself as an artist without borders, it rings true. And his musically inspired posters go straight for the gold, featuring a vault of work depicting much of Jamaica’s royalty, as well as his countries most illustrious forefathers, including Marcus Garvey, Paul Bogle, and Samuel Sharpe. 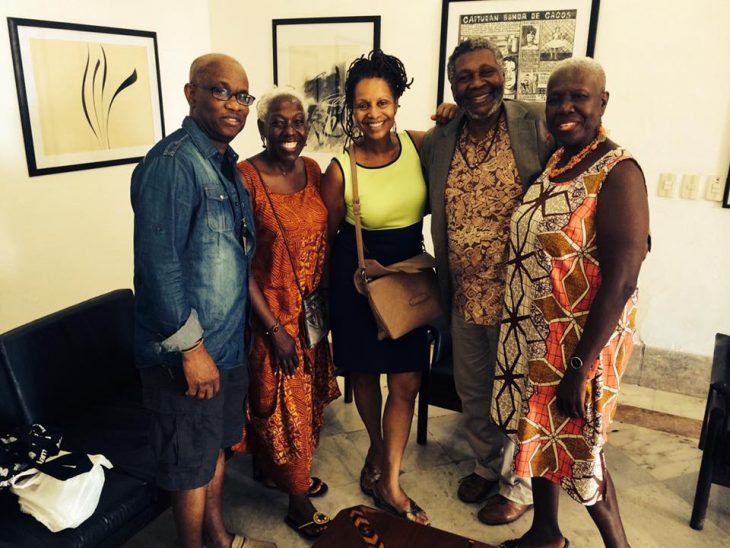 Without a past there is no present, and without a present there is no future.  Michael’s vision resonates with the pulse of the future while paying full respect to the roots and lineage of reggae’s past. His mantra is a combination of heritage and tradition, of aspiration and intuition.

His mission was to use reggae as a catalyst to change the face of Kingston.  In his lifetime, he would have liked to see a Frank Gehry caliber museum erected that celebrates the voice, vision, and vocabulary of reggae and related musical genres (like ska, dub, rock steady, roots reggae, and dancehall.)  In other words, his aim was to create a mecca for reggae lovers and cognoscenti(e) that would offer an experience-rich journey into one of Jamaica’s finest movements.  Despite the fact that Michael is no longer with us, it would be a shame not to see this mission brought to fruition.

The core and motivation of everything Michael and Maria were working toward is reggae music, the global patois and healing of the people, the cornerstone of a Jamaican identity that speaks to faith, optimism, and evolution – and the turnkey for Jamaican culture at large.

There is something Ted Bafaloukos said about first meeting Michael.“ The first work by Michael Thompson I ever laid eyes on was my face on a poster, the way I looked when I was half the age I am now.  As it turned out, I got to meet the artist himself a few weeks later. He came to see me, bearing gifts; two splendid prints, one of my portrait and the other, a poster for the Alpha School in Kingston, about which I’d heard much from Horsemouth, another illustrious alumnus of that miraculous institution. It is a simple composition, in black, silhouetted against a crimson background. A young boy, his trombone raised, pointing almost straight up, his head all the way back, is about to blow the first note. But what reveals Michael Thompson’s keen artistic insight is the empty chair behind the boy. The lot of the student, to sit in that chair and learn. The chair now left behind. The boy might not have wings, but he is about to fly, his trombone pulling him up into the heavens.” 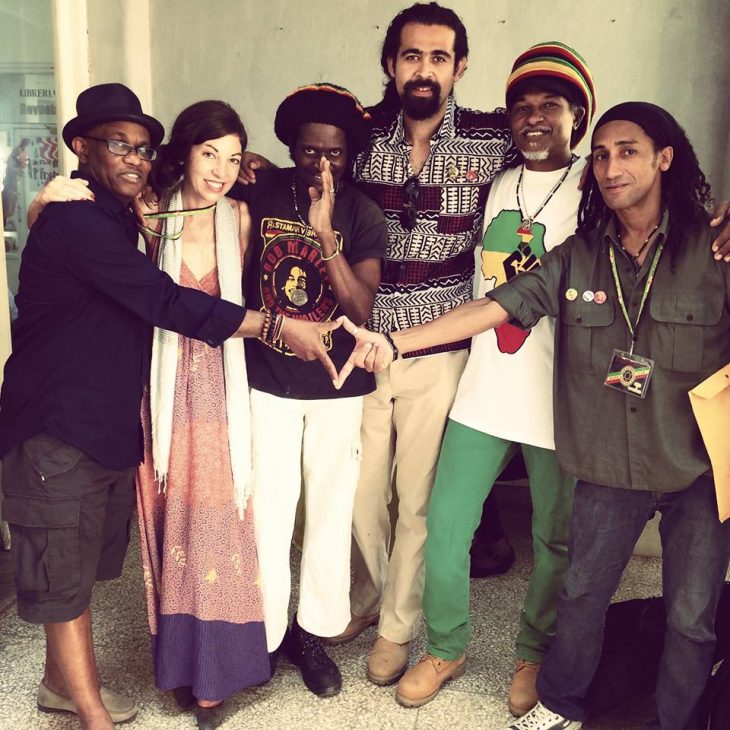 Michael Thompson with Anicee Gaddis and friends at a Reggae conference in Cuba.

“It is like that with all of Michael Thompson’s work. An emotional reward awaits you every time you look at one of them.   The incomparable portraits of national heroes and reggae’s great legends, not only the stars but the foundation builders; The Great Sebastian, Prince Buster, Sir Coxsone, King Tubby with his crown… you are not looking a skillful adaptation of a photographic image, you are looking at the face of a life,” described Ted. “Or a scrawny kid dallying on his bike, dreadlocks inside his bulky tam, living from moment to moment like a leaf in the wind.”

Michael died on the morning of August 15th at his home in Pennsylvania of a heart attack, or as Miss Pat put it, “of an enlarged heart filled with endless amounts of love.”  He is survived by his wife Maria and his son Dane.  In the words of his wife, “Michael was the pinnacle of marvelous. He had a heart so big that he could share it with the world. For the many years we were married, he was always calm, never raised his voice, never argued. He used to say he’s from another planet and, at times, I was convinced. He touched the life of every person he met. He was able to give freely and asked for nothing in return. No was not a word he used very often. I have lost the father of our son, my best friend, and my husband. I will forever cherish his memory.  I am blessed to have a part of him still with me. I miss you Michael and I will always love you.”

In the words of his son, “I lost my best friend.  Dad, I love you and miss you so much already. I know you are in a better place, but my heart is broken. Thank you so much for being my greatest supporter and influence. I promise I will continue to make you proud and make our dreams come true.“

And Maria’s sister remembered, “There was the spark in eyes.  There was the chuckle in his laughter.  There was the gently massage of your shoulders if he was behind you.  Most importantly, his generous heart just kept on giving. Mike, was truly before his time. Gone too soon but thank God his work still lives on. We love you and we miss you uncle Mike.”

And so we offer a massive salute to Michael as an artist, a visionary, a friend, a husband and a cool ruler who has already left his footprint on the globe.  Now it’s time to help Michael increase Jamaica’s imprint on the world stage. Michael will always be among us walking in the light.  Or as Dennis Brown put it: “My head is anointed and my cup runneth over.  Surely goodness and mercy Shall follow I, all the days of my life.” 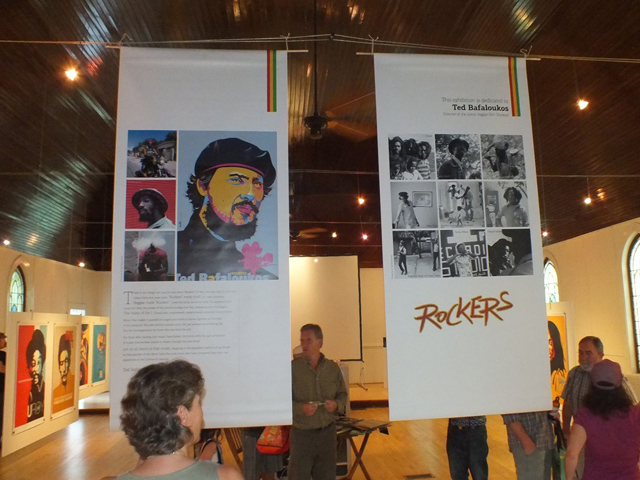 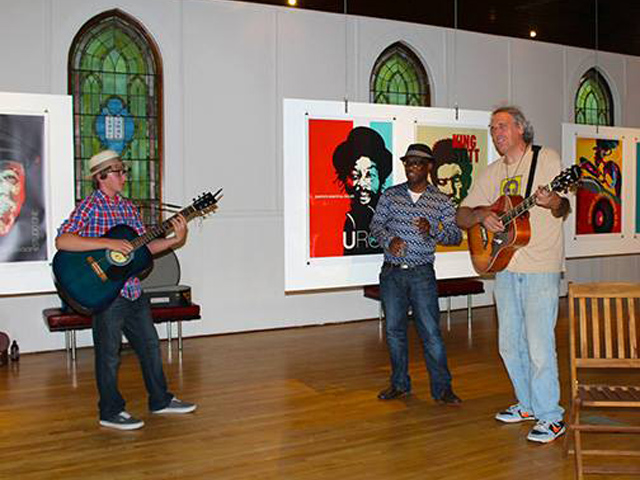 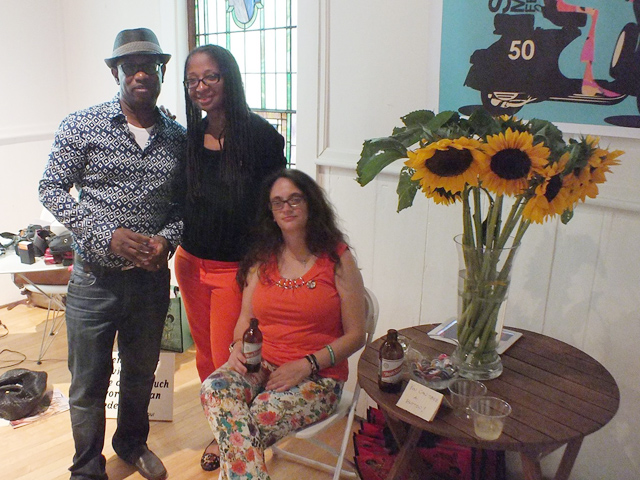 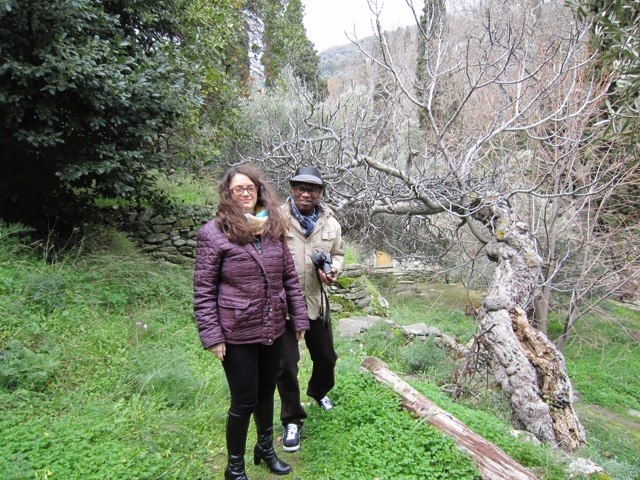 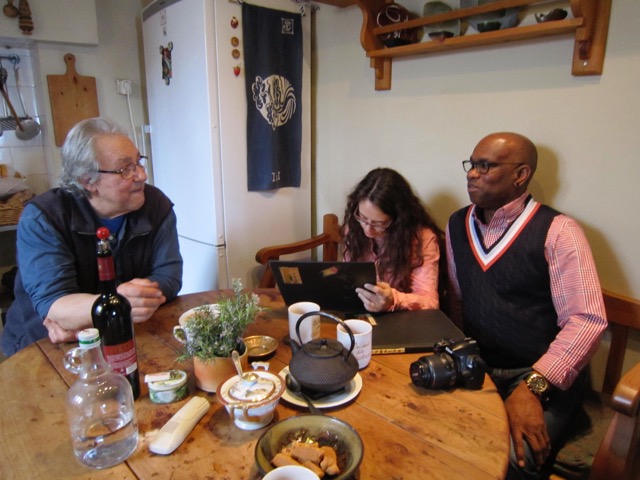