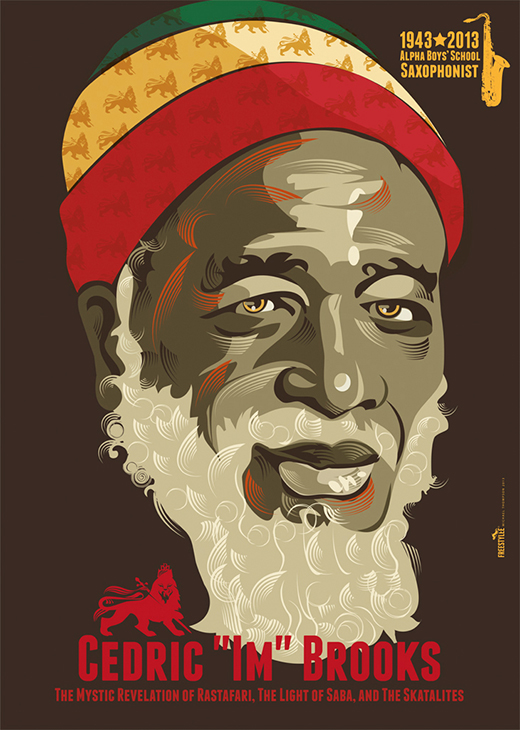 <strong>A Freestylee Tribute to the Jamaican Musician</strong> </br></br> Jamaican saxophonist and flautist known for his solo recordings and as a member of The Mystic Revelation of Rastafari, The Light of Saba, and The Skatalites. </br></br> Brooks was a member of groups such as The Vagabonds and the Granville Williams Band in the early 1960s, but it would be the late 1960s when he would find his first major commercial success, as part of a duo with trumpeter David Madden, Im & David. The duo released a series of instrumental singles for Clement “Coxsone” Dodd’s Studio One label. Brooks also became a regular studio musician at the Brentford Road studio, playing on many recording sessions, and released several solo singles in the early 1970s.