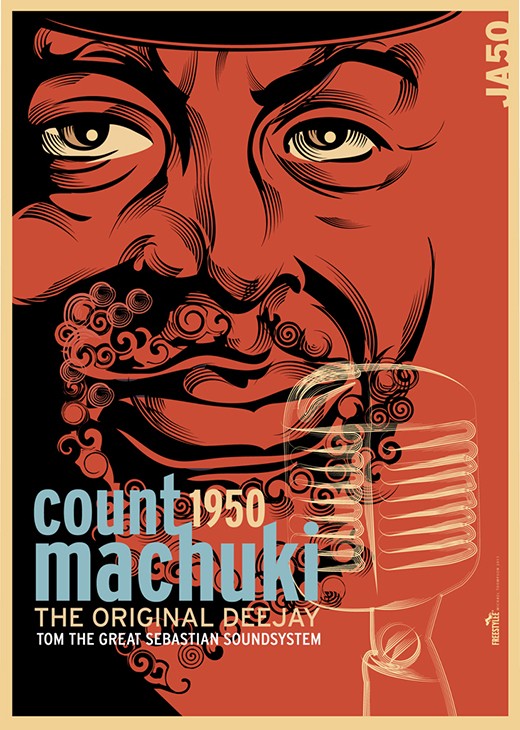 A tribute to Count Machuki (b. Winston Cooper) is regarded to be one of the first if not the first deejay performing on Jamaican Soundsystems. What he did was to change the role of the sound system DJ from a person that only puts on the records to a person who had live contact with the audience with the help of a microphone.Count Machuki started out as a disc selector in 1950 for Tom the Great Sebastian sound system and later the Tokyo the Monarch sound system system, before moving on to Clement “Coxsone” Dodd’s Downbeat Sound System. He added talkovers to the songs, emulating the jive talk of American radio DJ’s at the request of Dodd, who became familiar with the US style on his visits to the States to buy records to play on his sound system. He thus originated a deejaystyle that was later developed by artists such as U-Roy, and which eventually led to rap and dancehall deejay.