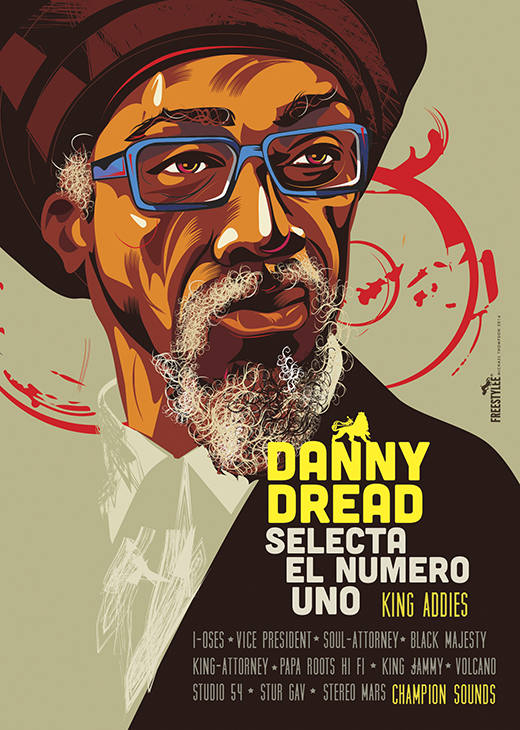 Danny Dread, Eric Ffrench without a doubt has one of the most extensive histories in the Reggae sound system arena. His gifted talents saw him pulling double duty on sound systems both in Kingston and St Thomas simultaneously. Danny Dread is described as ‘the’ man to guide any sound to stardom hence he was sought out by Junjo Lawes to spin on Volcano and later played on King Addies just to name two. His career has seen so many of the industry’s giants including artistes, rise and fall.