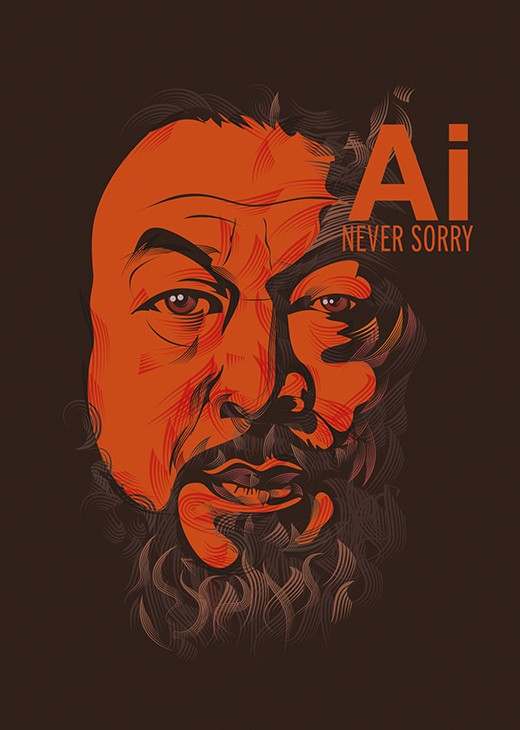 One of China’s most important modern artist Ai Weiwei is in detention in China for criticizing the Chinese authorities. Ai is world famous for his provocative art and for the beautiful Olympic stadium he designed for the Chinese Olympics, the Bird’s Nest. Ai Weiwei is also an activist artist who is not just content with fame, fortune and achievements that he has received in China and the global art scene. He has emerged as one of the most prominent critic of China’s ruling class. Drawing focus to some of China’s most tragic events such as the corruption and government secrecy surrounding the deaths arising from the Sichuan earthquake. He constantly push the envelope of freedom in that country and lend his art and voice to the ordinary people of China. I consider Ai one of the greatest artist of our time and I want to support the call for his freedom. This piece is a symbolic statement in support of a fearless activist artist.