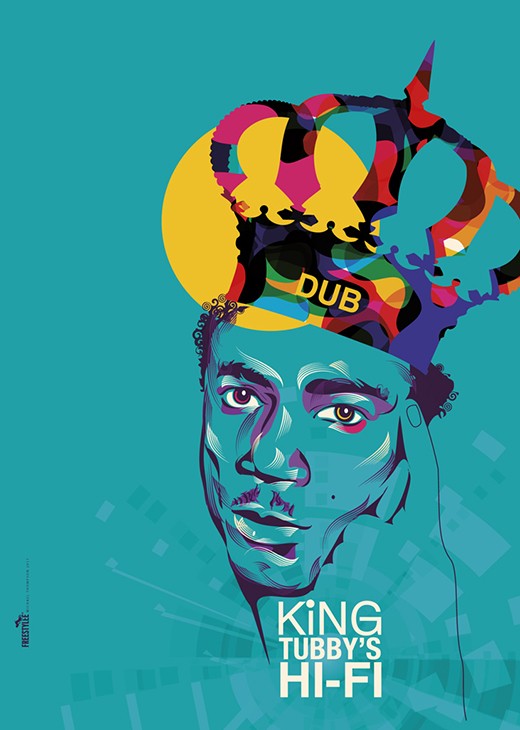 King Tubby is our master Jamaican composer, our dub Beethoven. His name is know globally and considered the undisputed “King of Dub”. This poster puts him in the center of our sound system and dub consciousness. This is just one of the many posters I have designed to capture this trully Jamaican innovator. In any museum on our popular music King Tubby would certainly become a central figure that would attract enormous interest. King Tubby is a giant in the history of sound system and Dub.