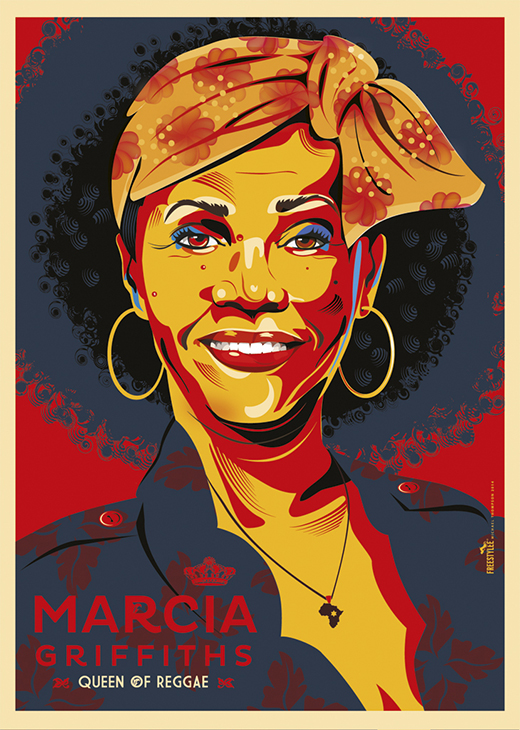 Marcia Griffiths (born 23 November 1949) is a successful female reggae singer, also called the “Queen of Reggae”. One reviewer described her noting “she is known primarily for her strong, smooth-as-mousse love songs and captivating live performances”. A Brazilian documentary film about Griffiths, Reggae Meets Samba, was in production as of December 2013. From 1970 to 1974 she worked together with Bob Andy as a duo (Bob and Marcia), on the Harry J label. She also recorded for Lloyd Charmers. Between 1974 and 1981 she was a member of the I Threes, a trio of backing singers, which supported Bob Marley & the Wailers.