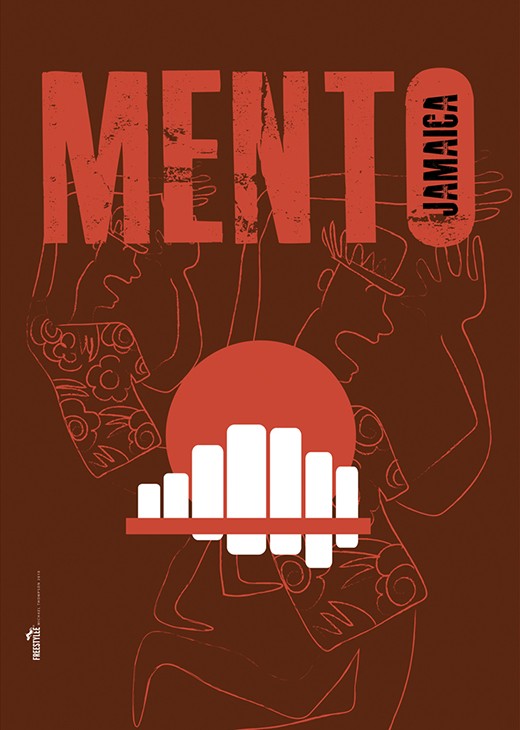 Mento is a style of Jamaican folk music that predates and has greatly influenced ska and reggae music. Mento typically features acoustic instruments, such as acoustic guitar, banjo, hand drums, and the rhumba box — a large mbira in the shape of a box that can be sat on while played. The rhumba box carries the bass part of the music. Mento is often confused with calypso, a musical form from Trinidad and Tobago. Although the two share many similarities, they are separate and distinct musical forms. In part, the differences stem from the differing colonial histories of the two West Indian Islands, as Jamaican music lacks the Spanish influences found in other Caribbean musical styles. Mento draws on musical traditions brought over by African slaves. The influence of European music is also strong, as slaves who could play musical instruments were often required to play music for their masters. They subsequently incorporated some elements of these traditions into their own folk music. The lyrics of mento songs often deal with aspects of everyday life in a light-hearted and humorous way. Many comment on poverty, poor housing and other social issues.