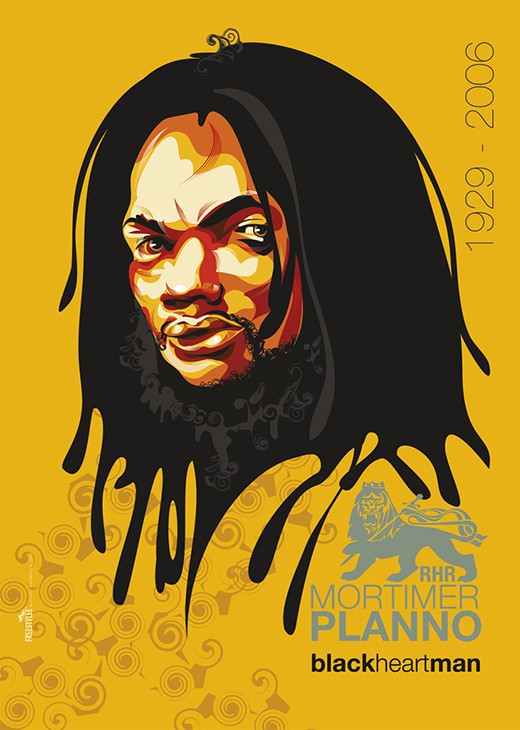 <strong>Earth Most Strangest Man</strong> </br></br> I created this poster to pay tribute to the life of a great Rastaman, Mortimer Planno. He was a leader, visionary, teacher, Rasta pioneer, emissary, and the guiding light behind the message music of Reggae greatest singers; Bob Marley, Peter Tosh, Bunny Wailer and the Abyssinians, and many other conscious Reggae musicians found much inspiration from his “reasonings” in Trench Town in the 1960 and 70s. He is the man that planted the seed of the global message of Rastafari levity. He is the Author of “The Earth Most Strangest Man,” A visionary that set in motion the serious study on the Rastafarian (“Report of the Rastafari Movement in Kingston Jamaica 1960”) by scholars M. G. Smith, R. Augier and R. Nettleford. Planno was a founding member of the Rastafari Movement Association. The accomplished Rastaman has help built the foundation on which the modern Rastafarin movement now stand all over the world today. Mortimer is a man of peace and was very responsible for organizing the One Love Peace Concert held in Kingston Jamaica in 1978. </br></br> Mortimo’s influence was largely in the 1960s. After the 1960s, Mortimo’s health began to decline, he had thyroid problems and it limited him. It began to affect his life and his work. Planno was a very powerful leader who, through the 1960s, was considered the most influential Rastafarian for reasons that I think some of you already know.