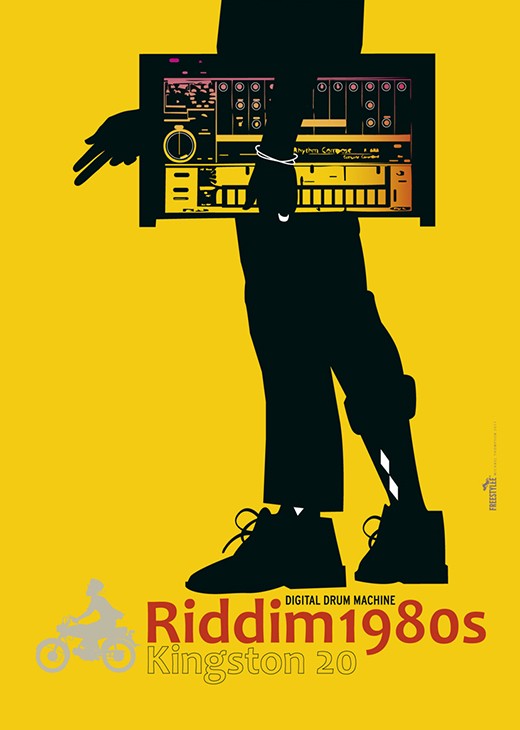 The introduction of digital drum machines revolutionized dancehall music in the 1980’s. The Casio, Roland cr-78, Yamaha keyboard and the Oberheim DX were some of first machines to actually make new rhythms in 1980. Steely & Clevie began experimenting with these machines in late 80’s-early 90’s, putting out a large number of “computer riddim” and started a revolution in Jamaica. The first riddim to start the fire was the King Jammy’s “Sleng Teng” riddim (1985), which was played by Wayne Smith on a cheap Casio machine.