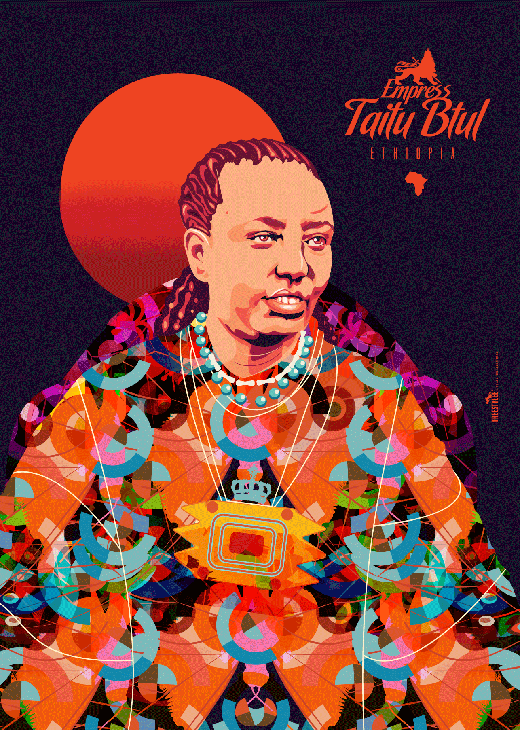 Taytu Betul (Amharic: ጣይቱ ብጡል? c. 1851 – February 11, 1918) (baptismal name Wälättä Mikael) was an Empress Consort of the Ethiopian Empire (1889–1913) and the third wife of Emperor Menelek II of Ethiopia. She founded Addis Ababa, Ethiopia's capital city. Taytu Betul (or Taitu) was born in or around 1851, the third of four children in an aristocratic Ethiopian family that was related to the Solomonic dynasty. Her father, Ras Betul Haile Maryam was less well known than her uncle Dejazmach Wube Haile Maryam, who was the ruler of much of Northern Ethiopia in the 1840s, and a rival of Emperor Tewodros II. Her father's family were the ruling family of Semien province, claiming descent from Emperor Susenyos I. Her father is son of Ras Gugsa, a member of the powerful ruling family of Yejju, which was of Oromo origin and had converted to Christianity from Islam, and which had ruled as Regents for the powerless Emperors in Gondar during the Zemene Mesafint ("Era of the Princes"). Taytu's mother Yewubdar was from a minor noble family of Gondar. Taytu had the reputation of being fiercely proud of her lineage in Yejju, Semien and Begemder. After four failed marriages, Taytu Betul married King Menelek of Shewa, later Emperor Menelek II of Ethiopia.