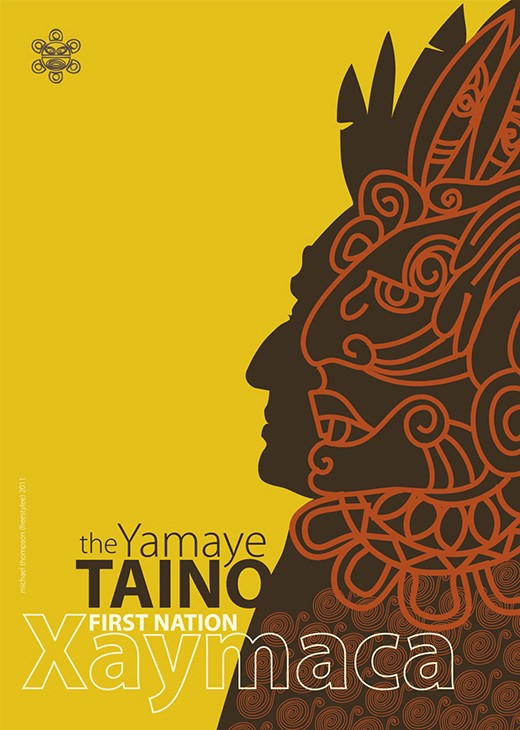 The Taino were the first people of the New World to encounter the Europeans as they expanded westwards, and soon were to face harsh slavery and virtual extinction. However they were not fully exterminated, as history has led us to believe. In 1655 when the English expelled the Spaniards, Tainos were still recorded as living in Jamaica. It was noted at this time that rural farmers spoke a dialect that was mixture of Spanish, Taino and African languages. Later archaeologists were to discover English lead shot amongst Taino artifacts, and almost 60 years earlier in 1596 English privateer Sir Anthony Shirley sacked St. Jago de la Vega (later Spanish Town), after being guided there by Taino tribesmen. Further archaeological finds were later to confirm that Taino extinction was a myth, although being enslaved and cruelly treated by Europeans, some Taino did survive. Many escaped into the mountains to co-exist with the Maroons, where still today many non-African plants are used medicinally, plants that were once part of the Taino pharmacology. Hammocks also are still made in Accompong in the Taino fashion, proving that the Taino still survived for many years after the Spanish had left, with the Maroons in the mountains of inland Jamaica. The spirit of the great Taíno people of Jamaica are intertwined and planted deeply in our history like the roots of the national tree, the Blue Mahoe, and hovers over this nation like the beautiful national bird, the swallowtail hummingbird. Let is acknowledge their resistance to slavery and oppression as we celebrate our emancipation. We must acknowledge they were heroes also.