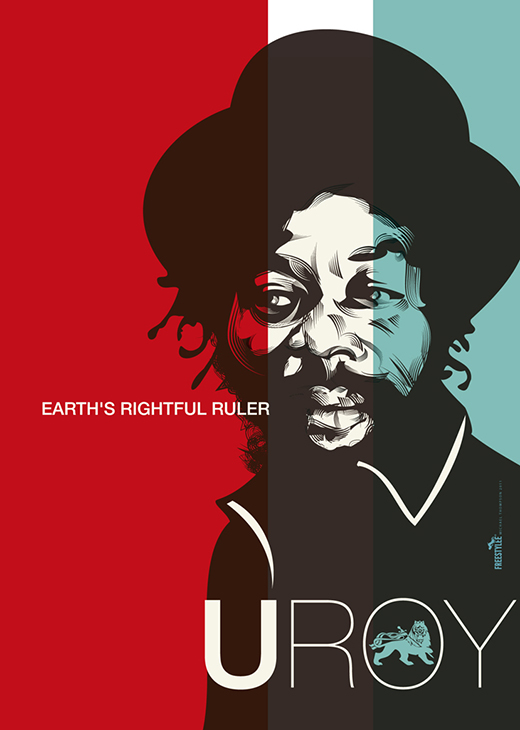 RIP U-Roy... The legendary toaster... ‘The originator’ of toasting on record helped revolutionise soundsystem culture in Jamaica – and inspire the birth of hip-hop. ... The British reggae DJ David Rodigan was among those to pay tribute, describing U-Roy as “the paradigm of Jamaican music … I was always in awe of him; the tone of voice, the cadence, the lyrical shimmering and riddim riding made him the ‘soul adventurer’.” Ali Campbell of UB40 hailed him as “a true inspiration, [paving] the way for many generations and creating a sound that will live forever!” Shaggy said: “Today we lost one of our heroes!!” The Rapper Ghostpoet tweeted: “They ain’t ready for your toasting in heaven.” ... U-Roy was not the first toaster but he became known as “the originator” for being the first to put his distinctive vocal style on record, birthing a phenomenon and inspiring the creation of hip-hop. ... U-Roy, began as a sound system DJ in Jamaica in 1961, spinning records for the Doctor Dickies set, later known as Dickies Dynamic, in such well-known Jamaican venues as Victoria Pier, Foresters Hall and Emmett Park. ... U-Roy’s inspiration was the DJ Winston Count Machuki, who worked for Coxsone Dodd and subsequently on Prince Buster’s Voice Of The People sound system. By the mid-60s he was DJ for Sir George The Atomic, based around Maxfield Avenue in Kingston. Around 1967 he began to work with King Tubby as DJ for his Home Town Hi-Fi. From this association developed the whole modern DJ style; Tubby’s work at Duke Reid’s studio, where he was disc-cutter, led him to discover dub. Around this period, King Tubby had started to experiment with his studio equipment in an attempt to create new effects and sounds, which would eventually lead to a new style of Reggae called dub music. With U-Roy as his most prominent deejay and with access to some of Treasure Isle Studios’ finest rocksteady rhythms, King Tubby’s new sound became extraordinarily popular and U-Roy became a local celebrity. However, his first single “Earth’s Rightful Ruler” was not a King Tubby collaboration; it was recorded with Peter Tosh for Lee “Scratch” Perry. ... He recorded Dynamic Fashion Way (his first successful release) for Keith Hudson in 1969, and then went on to work with almost every major producer on the island: Lee Perry, Peter Tosh, Bunny Lee, Phil Pratt, Sonia Pottinger, Rupie Edwards, Alvin Ranglin and Lloyd Daley.