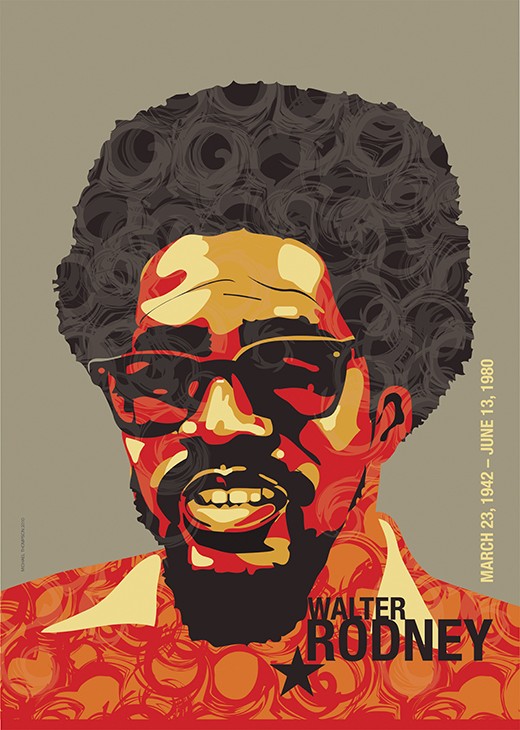 Walter Anthony Rodney was born to Edward and Pauline Rodney in Georgetown, Guyana on March 23, 1942. He developed into an intellectual and scholar and is recognized as one of the Caribbean’s most brilliant minds. Rodney’s academic record is filled with awards, open scholarships and honors. He attended Queen’s College, the top male high school in Guyana, and in 1960 graduated No. 1 in his class, winning an open scholarship to the University of the West Indies (UWI). He pursued his undergraduate studies at UWI Mona Campus in Jamaica, where he graduated with 1st class honors in History in 1963. Rodney then attended the School of Oriental and African Studies in London where, at the age of 24, he received his PhD with honors in African History. Rodney’s thesis, A History of the Upper Guinea Coast, was published by Oxford University Press in 1970. Rodney combined his scholarship with activism and became a voice for the under-represented and disenfranchised – this distinguished him from his academic colleagues. His interest in the struggles of the working class began at a young age with an introduction to politics by his father, and continued with his involvement in debating and study groups throughout his student years.